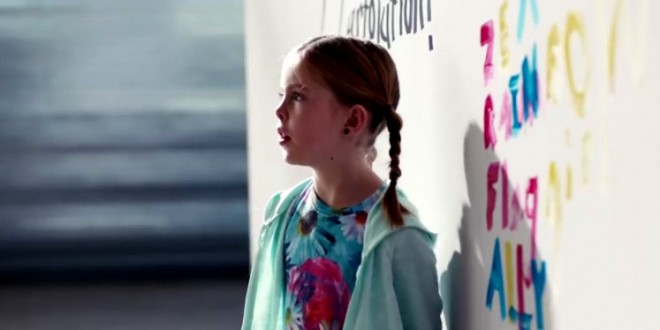 Ask any schoolboy what the meaning of Christmas is, and he will say it celebrates the birth of Jesus. Ask the ideologues at Microsoft, and they will say it means whatever their politics dictate. This year it represents an opportunity to exploit Christmas by pushing the LGBT agenda.

Microsoft has released a TV ad, “Art of Harmony,” that is laden with Christmas overtones, yet absent of Christian content. “This holiday season we brought together a group of people who are making a difference in the world,” the ad says. It does not say what holiday is being observed, though we have a hunch it isn’t Kwanzaa; the ad ends by showing a Christmas tree in the background.

As it turns out, this is no ordinary “group of people.” Included is Jazz Jennings, described by Microsoft as “the youngest person to publicly identify herself as transgender, now a national role-model and activist for transgender youth.” No doubt she is—her agents have seen to that. [Little Jazz is not mentioned by name but she is seen speaking before the Human Rights Campaign, a pro-gay and anti-religion organization.]

Zea Bowling also made the cut. Zea is described as “a 7-year old first grader who stood firm in the face of hate during a celebration of the Supreme Court ruling that legalized same-sex marriage.” Such courage for a kid fresh off her tricycle. And such brains: she may not know how to tell time, but she sure knows who the haters are—those who believe marriage is between a man and a woman.

In a scene where a rainbow flag is waved, we receive our marching orders: “People should let people be whoever they want to be.” Are Jazz and Zea’s parents listening? No one, of course, is shown celebrating Christmas. Nor are there any kids shown standing up to corporate bullies who rip off the Christmas season to make cheap political points.

Yes, we do need to “celebrate what is good and right with the world,” which is precisely why so many will be dancing in the streets come January 20. It’s on a Friday, so it’s a sure bet the champagne will be flowing. Keep the Advil handy.

If the bi-coastal elites at Microsoft really believe in diversity, then let them have their LGBT celebrations in June during gay pride month, and leave December to Christians.

This is Zea Bowling.