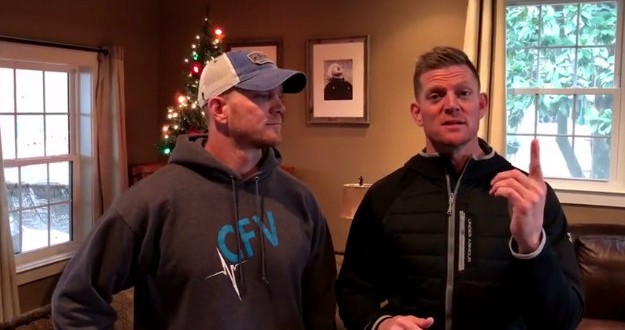 The crackpot Benham brothers, hateful spawn of spittle-flecked raging lunatic preacher Flip Benham, played a big role in promoting North Carolina’s HB2. Therefore they are EVER so pissed that it will likely be repealed tomorrow. Kyle Mantyla reports at Right Wing Watch:

In a video uploaded to their Facebook page today, the brothers warned that the move to repeal the law is nothing more than a “political shakedown” designed to allow LGBT activists to pass laws that will persecute Christians.

David said that the anti-discrimination ordinance originally passed by the Charlotte city council that set off the push to enact HB2 had “declared open season on Christians” and that similar new laws would sweep the state if HB2 is repealed.

“Here’s what they’re really after,” he said. “If you can repeal that, then they can go right back in and enact ordinances all over this state that will open up our bathrooms and our locker rooms to sexual predators; it will be open season on Christians that want to live out their faith in the marketplace and we will be targeted in the marketplace. That is exactly what is happening here.”