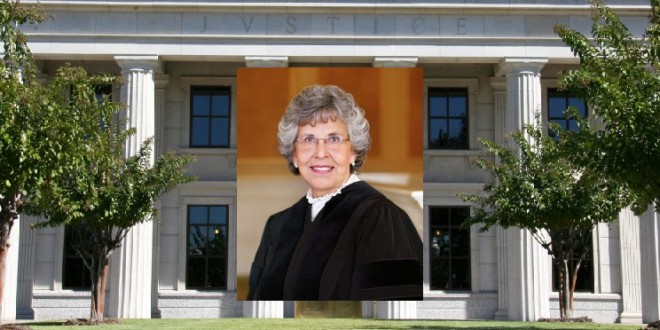 Arkansas’ highest court on Thursday threw out a judge’s ruling that could have allowed married same-sex couples to get the names of both spouses on their children’s birth certificates without a court order, saying it doesn’t violate equal protection “to acknowledge basic biological truths.”

The state Supreme Court also issued a rare admonishment to Pulaski County Circuit Judge Tim Fox, saying he made “inappropriate remarks” in his ruling that struck down the birth certificate law.

Fox had cited the U.S. Supreme Court’s decision legalizing gay marriage in his ruling last year that said married same-sex couples should have both names listed on their children’s birth certificates, just as heterosexual married couples do, without requiring a court order.

“The question presented in this case does not concern either the right to same-sex marriage or the recognition of that marriage, or the right of a female same-sex spouse to be a parent to the child who was born to her spouse,” Justice Josephine Linker Hart wrote in the court’s majority opinion.

The attorney for the three plaintiff couples says she may appeal to the US Supreme Court.