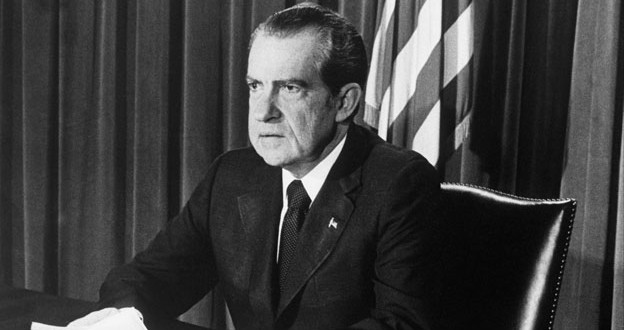 MORE THAN APPROPRIATE: Trump To Hang His Personal Letter From Richard Nixon In The Oval Office

President-elect Donald Trump is planning to make some artistic changes to the Oval Office that reflect his fascination with his own unexpected victory.

Trump has told friends he plans to hang in the Oval Office a personal letter written to him in 1987 by President Richard Nixon that predicted his eventual win.

The letter was sent to the developer after first lady Pat Nixon saw Trump interviewed on television and thought to herself, a political star is born.

“Dear Donald,” the bizarrely prescient correspondence from Nixon, dated Dec. 21, 1987, reads. “I did not see the program, but Mrs. Nixon told me that you were great on the Donahue Show. As you can imagine, she is an expert on politics and she predicts that whenever you decide to run for office you will be a winner!”

Let’s hope things turn out for Trump just as they did for Nixon.

Previous Josh Earnest: You Don’t Need A Security Clearance To See Who Benefited From Russia’s Hacking [VIDEO]
Next End Times Pastor Tells Felon Jim Bakker: Rabbis Have Revealed That Trump May Be The Messiah [VIDEO]