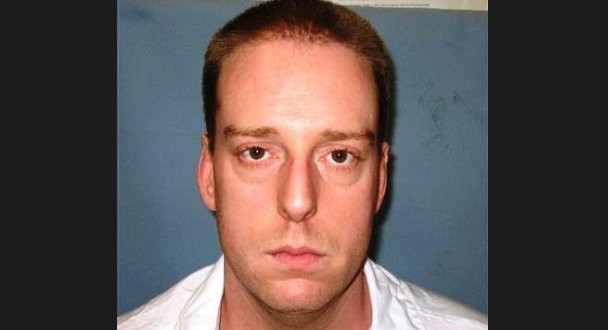 During the 34-minute execution at the Holman Correctional Facility in Atmore, Smith heaved and coughed for about 13 minutes and underwent two consciousness tests to make sure he couldn’t feel pain.

Smith’s last words publicly were “no ma’am” when he was asked to comment. However, he was moving his lips before and after the drugs were administered. Smith was declared dead by a physician at 11:05 p.m., said Bob Horton, prisons spokesman.

During 13 minutes of the execution, from about 10:34 to 10:47, Smith appeared to be struggling for breath and heaved and coughed and clenched his left fist after apparently being administered the first drug in the three-drug combination. At times his left eye also appeared to be slightly open.

The US Supreme Court had twice delayed the execution.