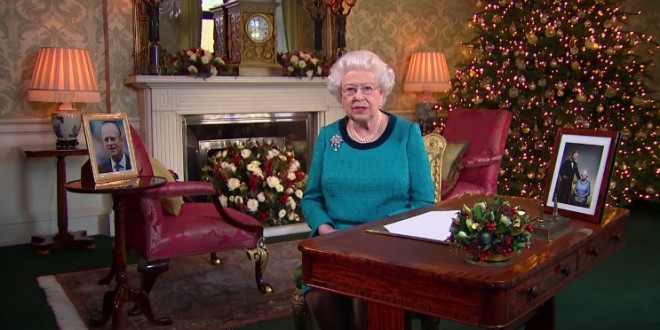 A heavy cold kept Queen Elizabeth II from attending the traditional Christmas morning church service near her Sandringham estate in rural Norfolk, England. It is extremely rare for Elizabeth to miss the service, which is a cornerstone of the royal family’s Christmas celebrations and brings the monarch into contact with local residents who gather outside for a glimpse of her.

“The Queen continues to recover from a heavy cold and will stay indoors to assist with her recovery,” Buckingham Palace said. “Her Majesty will participate in the royal family Christmas celebrations during the day.” Those festivities usually include a gala lunch. In past years, the royal family would often go for extended walks in the countryside.

Reflecting on the past year, Queen Elizabeth touched on the many ways she was inspired, including by the athletes at the 2016 Olympics and the “unsung heroes” of various charity organizations.

“But even with the inspiration of others, it’s understandable that we sometimes think the world’s problems are so big that we can do little to help,” she said. “On our own, we cannot end wars or wipe out injustice, but the cumulative impact of thousands of small acts of goodness can be bigger than we imagine.”