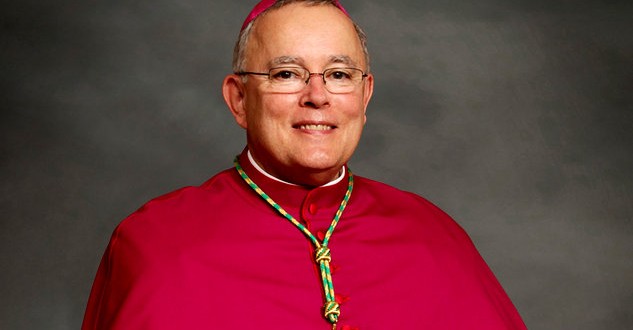 This is a rather obvious campaign meant to bolster support for the so-called First Amendment Defense Act, which Trump has promised to sign should it reach his desk. From the National Catholic Register:

Catholics hoped for a reprieve from assaults on religious freedom following the November elections, but a very serious threat looms with so-called SOGI [sexual orientation and gender identity] laws. That’s why 80 Christian leaders—including four leading Catholic bishops and many Catholic education leaders—chose to make a bold statement this week rejecting such efforts as contrary to Christian and American values. I joined them on behalf of The Cardinal Newman Society, convinced that timidity and false compromise will bring ruin to our culture and our freedom to live and teach the Catholic Faith.

(Like the Manhattan Declaration, which has more than half a million signers in support of pro-life and pro-marriage principles, “Preserve Freedom, Reject Coercion” is hosted by The Colson Center for Christian Worldview and invites the public to join the initial 80 signers.)

And other prominent Catholics signed, including Ryan Anderson of The Heritage Foundation, Anthony Esolen of Providence College, Thomas Farr of Georgetown University, Robert George of Princeton University, Alan Sears of the Alliance Defending Freedom and George Weigel of the Ethics and Public Policy Center.

Creative professionals, wedding chapels, non-profit organizations, ministries serving the needy, adoption agencies, businesses, schools, religious colleges, and even churches have faced threats and legal action under such laws for declining to participate in a same-sex wedding ceremony; for maintaining policies consistent with their guiding principles; and for seeking to protect privacy by ensuring persons of the opposite sex do not share showers, locker rooms, restrooms, and other intimate facilities. Under SOGI laws, people of good will can face personal and professional ruin, fines, and even jail time, and organizations face the loss of accreditation, licensing, grants, contracts, and tax-exemption.

SOGI laws empower the government to use the force of law to silence or punish Americans who seek to exercise their God-given liberty to peacefully live and work consistent with their convictions. They also create special preference in law for categories based on morally significant choices that profoundly affect human relations and treat reasonable religious and philosophical beliefs as discriminatory. We therefore believe that proposed SOGI laws, including those narrowly crafted, threaten fundamental freedoms, and any ostensible protections for religious liberty appended to such laws are inherently inadequate and unstable.

SOGI laws in all these forms, at the federal, state, and local levels, should be rejected. We join together in signing this letter because of the serious threat that SOGI laws pose to fundamental freedoms guaranteed to every person.

America has stood as a beacon of liberty to the world because our Constitution protects people’s freedom to peacefully—and publicly—work and live according to their convictions. We represent diverse efforts to contribute to the flourishing of our neighbors, communities, nation, and world. We remain committed to preserving in law and stewarding in action the foundational freedoms that make possible service of the common good, social harmony, and the flourishing of all.

In addition to those cited above, among the more well-known signees so far are Franklin Graham, Russell Moore, Albert Mohler, Eric Metaxas, and Focus On The Family head Jim Daly.

RELATED: Last week the newly-formed International Organization for the Family, which is headed by NOM president Brian Brown, issued a similar demand to end all LGBT rights worldwide.

Previous Pat McCrory: Charlotte’s LGBT Rights Repeal Proves The Issue Was Invented To Cost Me My Governorship
Next TURKEY: Russian Ambassador Assassinated By Lone Gunman In “Revenge” For Atrocities In Aleppo