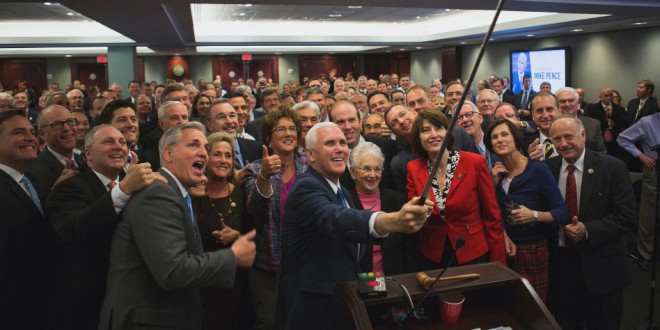 US House Republicans celebrated the 2016 election today with a selfie taken by Vice President-Elect Mike Pence. Prominently positioned in the front row are leading anti-LGBT House members Steve “Men Will Marry Lawnmowers” King and the perpetually cross-eyed Virginia Foxx, the latter of whom is most infamous here for calling the murder of Matthew Shepard a hoax, for which she later apologized to Shepard’s mother. You might also recall Foxx’s declaration that health care reform is “worse than terrorism.”