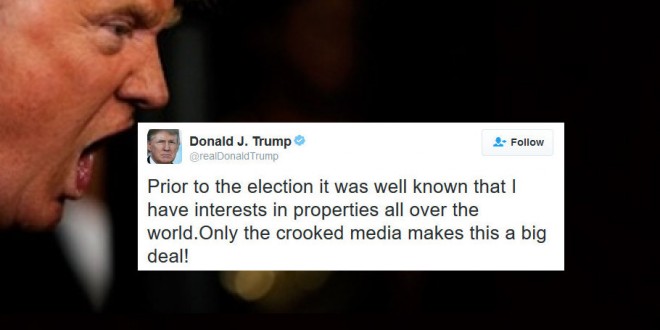 Donald Trump‘s first personal tweet following his meeting with TV network bigwigs today trashed the “crooked media.” So it probably didn’t go well. Reports on the meeting say that Trump lashed out at them, called them liars, and singled out NBC and CNN in particular. Trump is talking about the questions raised in the press recently about his potential conflicts of interest as president, given his many businesses and properties. Trump has assured that his assets will be placed in a blind trust and his company will be run by his children, but there have still been a lot of questions about how Trump will address these conflicts.

Ivanka was on the call where Trump and Marci totally didn’t talk about the Trump businesses she now runs https://t.co/gqf25Q6Jrk pic.twitter.com/50EGTiGmoJ