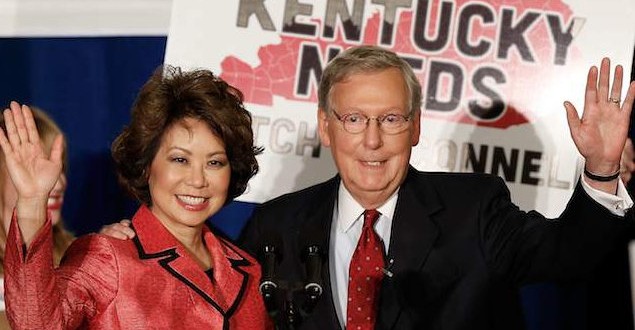 Chao was the first Asian-American woman to hold a Cabinet-level position. According to Politico, Chao met last week with the President-elect at Trump Tower in Manhattan, where he is working with his transition team to iron out senior appointments. She served as a member of Trump’s Asian Pacific American Advisory Council during the campaign.