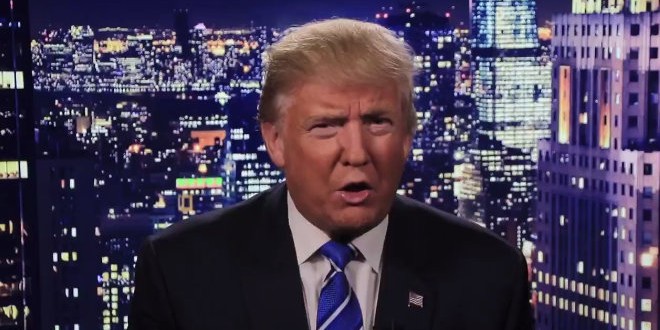 President-elect Donald Trump has canceled a planned meeting with reporters and editors from the New York Times, a frequent target of criticism by the Manhattan billionaire, because he was upset with a supposed change in the terms of the meeting. “I cancelled today’s meeting with the failing @nytimes when the terms and conditions of the meeting were changed at the last moment. Not nice,” Trump wrote on Twitter Tuesday morning.

A New York Times spokeswoman said the newspaper only learned of the meeting’s cancellation from Trump’s twitter account Tuesday morning. She disputed Trump’s claim that the Times had attempted to change the terms of its meeting with the president-elect.

“We were unaware that the meeting was cancelled until we saw the President Elect’s tweet this morning. We did not change the ground rules at all and made no attempt to,” Times spokeswoman Eileen Murphy said in a statement emailed to POLITICO. “They tried to yesterday – asking for only a private meeting and no on-the-record segment, which we refused to agree to. In the end, we concluded with them that we would go back to the original plan of a small off the record session and a larger on the record session with reporters and columnists.”

I cancelled today's meeting with the failing @nytimes when the terms and conditions of the meeting were changed at the last moment. Not nice

Perhaps a new meeting will be set up with the @nytimes. In the meantime they continue to cover me inaccurately and with a nasty tone!

The failing @nytimes just announced that complaints about them are at a 15 year high. I can fully understand that – but why announce?

Previous Trump Whines Yet Again About “Crooked Media” Hours After Screaming At Journalists In Private Meeting
Next NEW YORK: Trump Organization Promises Not To Use Charity Funds To Pay Trump University Settlement