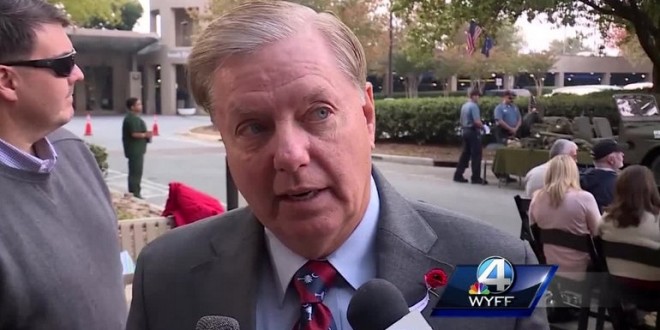 Right wing sites are already calling it “Grahamnesty.” Via Politico:

Sen. Lindsey Graham (R-S.C.) is readying legislation that would extend legal protections for previously undocumented immigrants who came here as children — benefits granted under a 2012 directive from President Barack Obama that are at risk with the incoming Trump administration.

On the campaign trail, Donald Trump vowed to revoke Obama’s executive actions on immigration, including one that has shielded more than 740,000 young undocumented immigrants from being deported and gave them permits to work legally. With Trump’s surprise election earlier this year, Democrats on Capitol Hill and immigrant advocates have been urging the President-elect to back off those threats.

But should Trump follow through on that promise, some key lawmakers on Capitol Hill want to make sure those protections stay in place for the immigrants who willingly gave personal information to the federal government and went through background checks. One big fear among advocates is that the Trump administration could use that personal information to track down the immigrants to deport them.

“The worst outcome is to repeal the legal status that these kids have,” Graham said Wednesday. “Whether you agree with them having it or not, they’ve come out of the shadows.”

Previous AUSTRALIA: Teen Scientists Recreate Key Ingredient In Pharma Douche’s Drug For Pennies Per Dose
Next Pat Robertson: If Your House Is Possessed By Demons, Sell It And Let The Buyers Do The Exorcism [VIDEO]