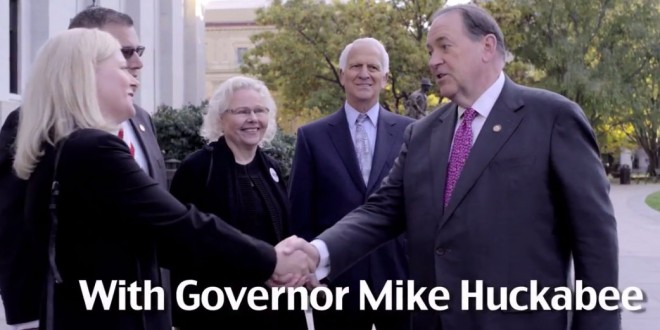 Last month, Religious Right activist Janet Porter announced that she had secured funding for a movie that she has been working on for years about her efforts to pass the first “partial birth” abortion ban in the nation. She was especially excited about this because, she said, self-proclaimed prophet Cindy Jacobs had told her that her semi-autobiographical romantic comedy/anti-abortion polemic would be “the tipping point to end abortion” in America.

Yesterday, Porter released a trailer for the new movie, called “What’s a Girl to Do?,” confirming that it will feature cameos from former Arkansas Gov. Mike Huckabee and Rep. Steve King of Iowa, and will include performances by Victoria Jackson as Porter’s best friend and Stephen Baldwin as her future husband, David Porter. Although the plot of the movie is unclear, it apparently deals with a romance Porter had with the son of a pro-choice state legislator before meeting her husband.