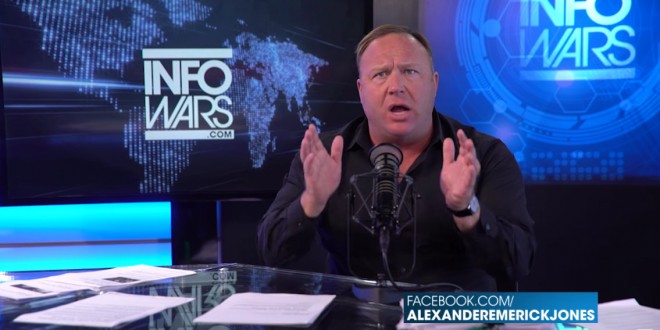 Yes, Facebook had the tools to filter out fake news and decided not to use it, but do not fear for the future of truth, dear readers. The soldiers in the war on fake news have a new ally: 9/11 truther and prominent Trump supporter Alex Jones.

Alex Jones is the founder of InfoWars, best known for his impassioned, improvised live streams. Once laughed off as a wacko conspiracy theorist, Jones has acquired a large following, his site InfoWars receiving about 7.5 million unique views per month. A huge advocate of Trump, the president-elect even called Jones to thank the InfoWars audience for helping him win the presidency (that is, according to Alex Jones).

Tuesday, Jones announced he was joining the fight on fake news, launching the InfoWars Fake News Analysis Center. In Jones’ world, the liberal media — like the New York Times, Yahoo, Google and Facebook — are trying to block “fake” news. The only problem? They’re the ones disseminating the fake news. “One hundred times out of one,” Jones said in a video, “I see it where libertarians or conservatives are putting out the fake news.”

When Alex Jones said Hillary Clinton is possessed by Satan and smells like sulfur? That’s your truth in Trump’s America.