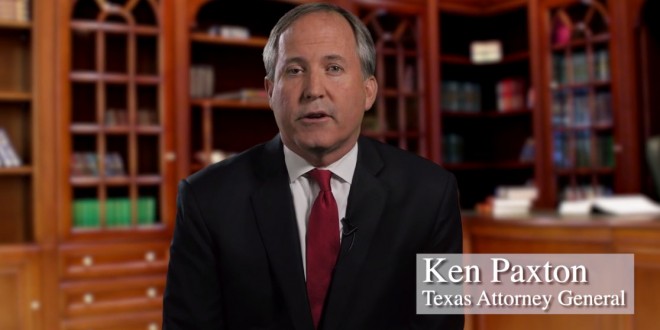 Joined Thursday by Republican officials from eight other states, Texas Attorney General Ken Paxton urged a federal appeals court to reinstate a Mississippi law that had been struck down as discriminatory against gay and transgender people.

The Mississippi law, Paxton told the 5th U.S. Circuit Court of Appeals in a legal brief, was intended to protect citizens from being forced by the government into taking actions that violate their religious beliefs, particularly if they oppose same-sex marriage. “Americans have the right to peacefully live and work according to their deeply held beliefs, in accordance with the religious freedoms enshrined in our Constitution,” Paxton said.

Although civil rights and gay rights advocates say the Mississippi law allowed for government-sanctioned discrimination, socially conservative Republicans in Texas have vowed to pass similar laws when the Legislature convenes in January — a strategy that would be endangered if the appeals court ruled that the Mississippi law was unconstitutional. Precedents set by the 5th Circuit apply to Texas, Louisiana and Mississippi.

Overturning the law, Paxton told the appeals court, would threaten “the ability of states to enact legislation to protect their citizens’ rights” to freely exercise their religion. On Thursday, Paxton filed a friend-of-the-court brief in support of Bryant that was joined by Maine Gov. Paul LePage and the attorneys general from Arkansas, Louisiana, Nebraska, Nevada, Oklahoma, South Carolina and Utah.

The Mississippi law was blocked by a federal judge hours before it was set to go into effect on July 1st. According to the above-linked report, Paxton, who is currently under indictment for securities fraud, is also readying a bill that would mirror North Carolina’s HB2.