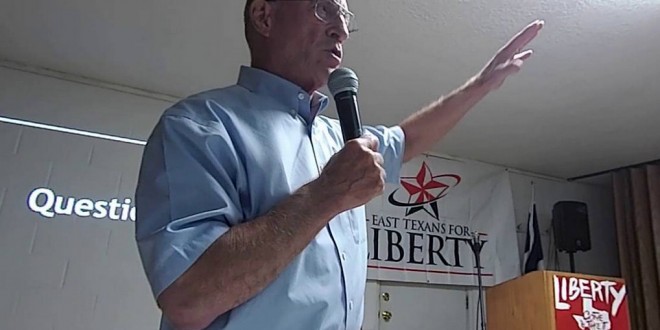 Hall’s bill is the first anti-LGBT measure filed in advance of next year’s Texas Legislature, which convenes in January. Today marks the first day of pre-filing of bills for the upcoming session, in which dozens of anti-LGBT measures are likely to be considered. Senate Bill 92 would prohibit cities, counties and other political subdivisions from adopting or enforcing “a local law that creates a protected classification or prohibits discrimination on a basis not contained in the laws of this state.” Because Texas state law doesn’t include sexual orientation or gender identity, cities and counties would be prohibited from enforcing LGBT-inclusive nondiscrimination ordinances.

Exceptionalism is the basis for America’s success. A continued drift from God will ultimately result in the loss of this blessing. The liberty principle of “freedom of religion” should be reestablished wherein all individuals (including pastors, teachers and government employees) are completely free at all times and places to freely express their religious beliefs and practices. The First Amendment should be interpreted according to the original intent of our Founders. Our state legislature should help protect religious liberty and our First Amendment rights by denying state funding to any city or county that would enact ordinances to restrict these rights.

Bill filed in Texas today, SB 92, would void all local LGBT nondiscrimination laws — including in Dallas and Austin. (Via @newcivilrights) pic.twitter.com/oeu2EFSx2B