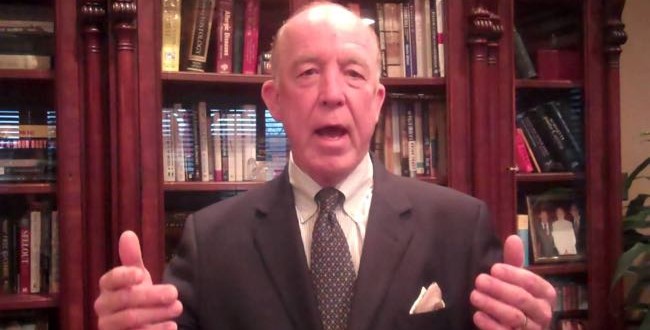 Texas GOP Nutjob: Gays Are Like Termites Eating Away At The Foundation Of God’s Moral Society [VIDEO]

On Saturday, Steven Hotze of Conservative Republicans of Texas addressed the anti-LGBT Stand 4 Truth conference in Houston, where he warned that “the homosexual movement” has “infiltrated” American society. “Think of them like termites,” he said, “they get into the wood of the house and they eat away at the very moral fabric of the foundation of our country.”

He warned that this is all part of a long-term communist plot to take down America: “This is exactly what the Marxist movement was all about. If you remember, Khrushchev came and said we’re going to get your country one way or another, and the way they want to do it is to destroy the moral fabric and create moral anarchy in our country so that our people no longer live righteous lives but they’re living lives that are ungodly. And when you do that, you lack moral courage, because you can’t very well stand up and oppose people doing wicked things if you’re participating in the same activities.”

Hotze goes on to declare that it’s now a hate crime to denounce homosexuality. It was Hotze who bankrolled the successful campaign to repeal Houston’s “wicked, evil, Satanic” LGBT rights ordinance, during which he compared gays to rapists and murderers.