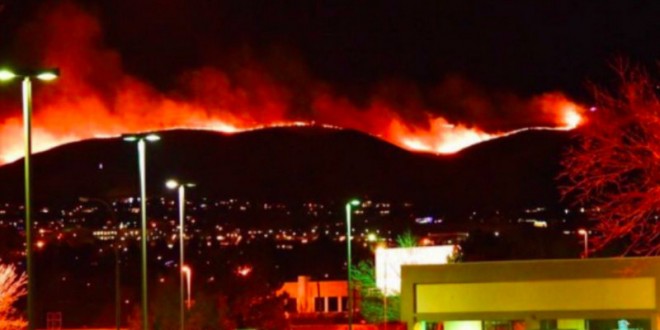 Guest cabins at Dollywood have been evacuated amid a series of raging wildfires nearby in Tennessee, according to a representative for the resort and the state’s emergency management agency. The news comes as the town of Gatlinburg and nearby communities, including a portion of Pigeon Forge, where Dollywood is located, have come under a mandatory evacuation order.

Dean Flener, a spokesperson with the Tennessee Emergency Management Agency, told ABC News that the wildfires reached “right on the doorstep” of the Dollywood theme park but that firefighting crews managed to stop the blazes from progressing into the park overnight.

So far, the wildfire has burned more than 100 homes in the surrounding area and injured one person. Some 1,200 people were in a local shelter on Monday night and schools in two counties in the affected area will be closed on Tuesday, the agency said. “We have fire crews on the park working with our team to protect structures,” said Pete Owens, Dollywood Director of Media. “There is fire on the ridge near the park.”

Wildfires raged in and near eastern Tennessee’s mountainside resort town of Gatlinburg on Tuesday, spurring evacuations and prompting conflicting reports about whether certain popular resorts have been destroyed or are in danger. Several homes and businesses in the town nestled among the Great Smoky Mountains have been destroyed, including a 16-story hotel and an apartment complex that was consumed by flames, the state emergency management agency said Tuesday morning. “If you’re a person of prayer, we could use your prayers,” Gatlinburg Fire Chief Greg Miller said Monday evening as crews battled wind gusts of up to 70 mph.