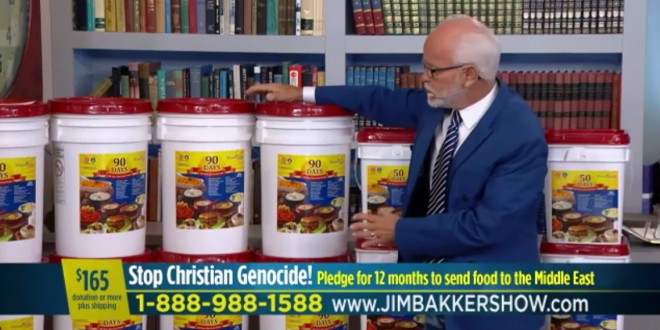 SUPERCUT: Jim Bakker Demonstrates How His Slop Buckets Will Prepare You For Trump’s America [VIDEO]

YouTube satirist Vic Berger has posted another of his supercut videos, this time stitching together Jim Bakker’s notorious slop bucket pitches with his insane claims that Donald Trump is a messenger sent by White Jesus and that God His Damn Self will soon destroy California with earthquakes for having defied His Pissy Will by voting for Hillary Clinton. Watch below.