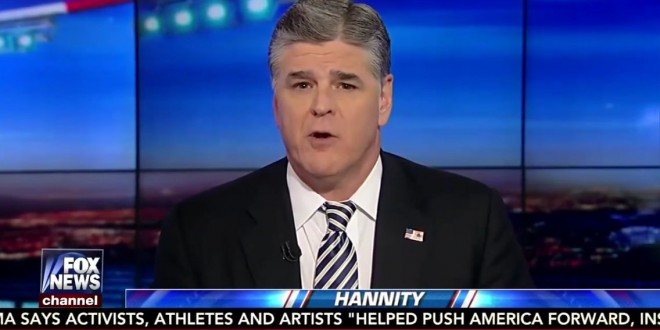 Sean Hannity: Trump Should Freeze Out The Press Until They Confess To Colluding With Hillary [VIDEO]

“Trump can do this and speak directly to you, the America people, without having his words twisted and taken out of context,” Hannity said on his Fox show Tuesday night, noting that the president-elect had put out a video announcing a plan for executive actions in his first 100 days in office. “Why not do that?”

Pointing to stolen emails from Clinton campaign chairman John Podesta, Hannity said those assigned to cover the former secretary of state’s campaign had failed to uphold the most basic requirements of their jobs.