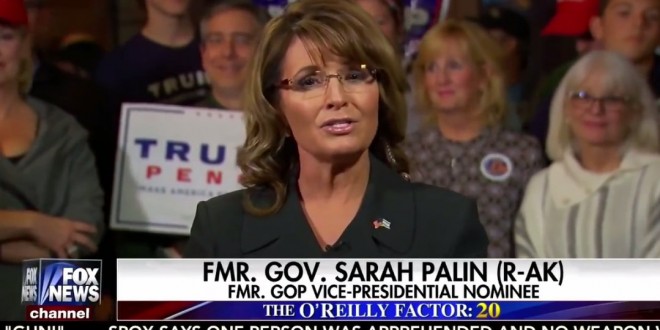 Sarah Palin: Polls Are Only Good For Strippers [VIDEO]

Former half-term Alaska Gov. Sarah Palin (R) appeared on Bill O’Reilly’s Sunday night politics special to offer special insight into the presidential race between Donald Trump and Hillary Clinton. “Like I’ve said before, polls are only good for strippers and cross-country skiers. What matters is that two days from now, you know, the gettin’ out the vote effort and making sure these Reagan Democrats and independents and Michigan Republicans get out their vote. I just don’t put a whole lot of faith in polls, especially two days out,” she said.