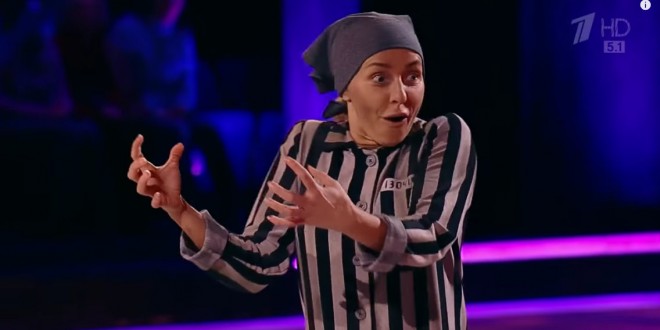 She and her partner Andre Burkovsky skated across the ice to “Beautiful That Way” by Israeli singer Achinoam “Noa” Nini. The performance appeared to be well received by the audience. In an Instagram post, Navka said the 4-minute performance was based on the 1997 Holocaust film “Life is Beautiful.”

“Based on one of my favorite movies!” she posted Saturday. “Show this movie to your children!” The usually glamorous Navka added that her plain look without makeup “was necessary” for the performance.

This might be offensive if they hadn't take such great care to recreate all the wonderful ice dancing going on at Aushwitz at the time. https://t.co/Nz0iDHqili

Previous Newt Gingrich: Trump Supporters Will Be “Enormously Disappointed” If Romney Gets Any Kind Of Job [VIDEO]
Next McCrory To Withdraw Statewide Recount Demand If Durham County Recount Produces No Change In Result