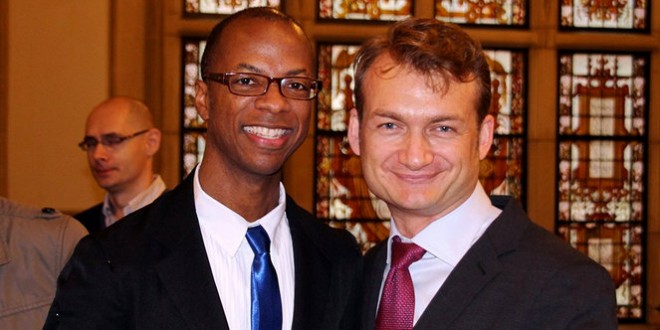 Romania’s constitutional court said Tuesday it would consult with a European court regarding the case of a same-sex couple who want their marriage abroad to be legally recognized in Romania. Court president Valer Dorneanu said he was seeking information from the European Court of Justice to see how other EU countries where same-sex marriages are not legal handled similar cases. The court set the next hearing for March 30.

Adrian Coman, a Romanian gay rights activist, wants the court to rule that his 2010 marriage in Belgium to U.S. citizen Claibourn Robert Hamilton, is legal in the way it would be if they were a heterosexual couple. The way it stands, Hamilton would not benefit from legal protection as Coman’s spouse if they settled in Romania. The couple live in New York.

A Lawyer for the two men, Iustina Ionescu, told The Associated Press: “This is encouraging. … The court is giving the message that Romania is a member of the European countries that share common values, such as the free movement of people together with their families.”