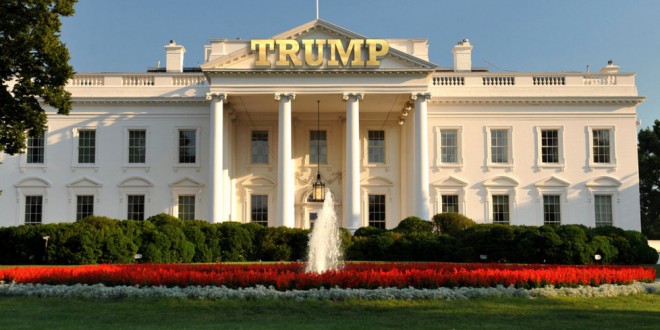 From the Pulizter-winning Center For Public Integrity:

Donald Trump’s inaugural committee is offering huge perks — prime tickets, luxurious lodging, access to the president-elect himself — in exchange for six- and seven-figure contributions from individual and corporate contributors.

Donors in the “$1,000,000+” category will receive four tickets to a “leadership luncheon” billed as an “exclusive inaugural event” for donors in that category and featuring “select Cabinet appointees and House and Senate leadership to honor our most generous inaugural supporters,” according to a brochure obtained by the Center for Public Integrity.

They’ll also get four tickets to a dinner with Vice President Mike Pence and his wife, Karen, and eight tickets to a “ladies luncheon” billed as “an opportunity to meet the ladies of the first families.” In addition, they’ll receive tickets to a series of other dinners and receptions featuring Trump, Pence and other officials, and eight “premier access” tickets to a black-tie inaugural ball attended by the president, vice president and their wives.

The donor packages offer tickets to Trump’s swearing-in ceremony, although the packages include an odd caveat noting that “this congressional ceremony is not part of our official package; however, Presidential Inaugural Committee (PIC) will have access to tickets.”

The Center for Public Integrity confirmed the brochure’s authenticity with three sources familiar with the donor packages. Spokespeople for Trump, as well as Tom Barrack, the chairman of Trump’s inaugural committee, as well as other members of the committee, could not immediately be reached for comment.