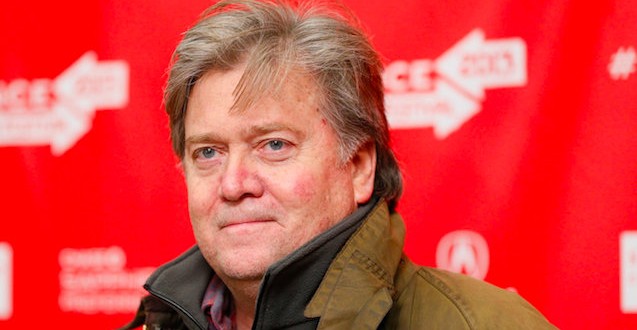 On Friday Breitbart News appeared before the Standing Committee of the Senate Press Gallery in order to secure permanent Capitol Hill credentials. But while the act may seem mundane, the process may help shed light on the inner workings of the right-wing news site, whose chairman, Stephen Bannon, is now chief strategist to President-elect Donald Trump.

Within the rules of admission to the gallery, there is a clause that states the person and organization holding the pass “must not be engaged in any lobbying or paid advocacy, advertising, publicity or promotion work for any individual, political party, corporation, organization, or agency of the U.S. government.”

In order to prove that they are not engaged in any of the above and are an editorially independent institution, the Standing Committee can ask for information or proof on how the business is structured.

Breitbart has publicly said in the past that they do not discuss their investors. The Mercer family, who backed both Trump and Sen. Ted Cruz, are known to be major backers of the site. There have been rumors that Trump himself was financially involved, but that’s been denied by both parties.

In the meantime, Breitbart reporters have been able to report from the Capitol using a temporary pass, until a decision has been reached on permanent credentials. Other publications, such as the well-regarded SCOTUSblog, have been denied credentials by the gallery. In the case of SCOTUSblog, it was because of the dual role of the publisher who was also the proprietor of a law firm that argues before the court.

Previous Trump: I Only Settled Those Trump University Lawsuits Because I’m Too Busy Focusing On The Country
Next Don Lemon Shoots Down Whining Trump Surrogate: Mike Pence Does NOT Love Gay People [VIDEO]