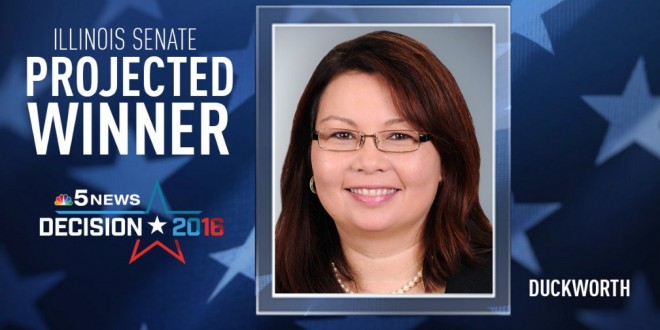 In the first Senate flip of the night for the Democrats, US House Rep. Tammy Duckworth has unseated Sen. Mark Kirk. Last week the Human Rights Campaign made the unprecedented move of retracting their endorsement of Kirk after he made a racist attack on Duckworth’s family during their final debate. The Democrats need to flip at least four seats to gain control of the Senate. Live streams from the major networks are embedded below in this post.