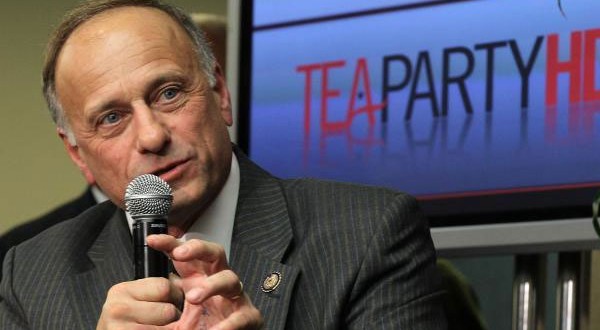 If Hillary Clinton wins the election Tuesday, a prominent Republican member of the House Judiciary Committee says there will be an immediate move to impeach her before she can even be sworn into office Jan. 20.

Rep. Steve King, R-Iowa, told WND he has spent the last week ensuring Congress has secured all of the hundreds of thousands of emails examined by the FBI over the last 10 days and has confidence the House could impeach her before she assumes office.

“Don’t think that Hillary Clinton has been declared innocent on the email scandal just yet,” King warned. “This is not over yet.”

King, a member of the House Judiciary Committee, noted the only alternative to a possible impeachment of a president-elect Clinton would be if a groundswell of American voters rises up to elect Donald Trump.

“With President Trump in the White House, we could appoint within the Justice Department and the FBI officials who would do their duty to investigate Secretary Clinton’s email scandal with a resolve to get to the truth, even if President Obama should pardon Clinton before leaving office,” King insisted.

Previous Superstitious Trump Calls In To Fox & Friends Because He Won “Many Primaries” After Calling Them First
Next New York Daily News Pleads With America In Final Message: Bar The White House Door To The Grifter