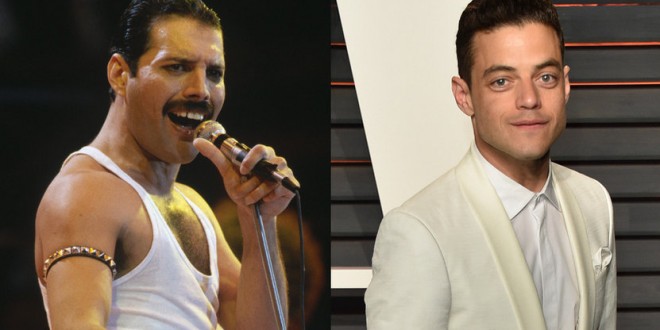 “Mr. Robot” star Rami Malek is attached to play Freddie Mercury in long-development biopic “Bohemian Rhapsody” from GK Films with Bryan Singer in talks to direct. New Regency and Fox are coming aboard to co-produce the film with Graham King producing as well.

Singer confirmed the news on Instagram with a photo of the group confirming his involvement as well as Malek’s. “The Theory Of Everything” scribe Anthony McCarten penned the script.

King has been trying to get the project off the ground for sometime having originally set it up at Sony with Sacha Baron Cohen at one point set to star. When Cohen dropped out, King began shopping the project elsewhere while looking for a new director and front-man to star in the pic.

When Cohen dropped out of the project, he told Howard Stern it was because the surviving members of Queen had insisted that the second half of the movie focus on the band’s activities after Mercury’s death. It’s not clear if that remains the plan.

Previous Hillary +4 In Final NBC/WSJ National Poll
Next Pence: We’ll Accept The Outcome Of A Clear Win But Reserve “All Legal Rights And Remedies” Otherwise