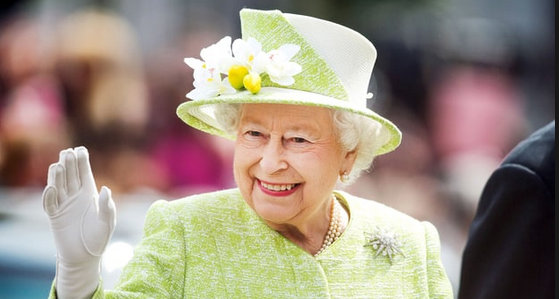 This should go well. The Telegraph reports:

Donald Trump will receive an invitation to meet with the Queen in the summer of next year, according to reports. Minister’s believe the Queen is their “secret weapon” and Theresa May will use the state visit to help strengthen the “special relationship” between Britain and the United States. The US president-elect reportedly told the Prime Minister during a phone call last week that his late Scottish mother was a “big fan” of the Queen.

The Sunday Times report that plans to roll out the red carpet and offer Mr Trump a meeting with the Queen are now being dawn up in Whitehall. A formal invitation will be made after he is sworn in as President on January 20.

A source who has discussed the issue with a cabinet minister told the paper: “The government has decided that their secret weapon to get in with Trump is to offer him an early visit to the Queen, him and [his wife] Melania staying at Windsor Castle.” Another cabinet source said: “The Queen is the key here. She’s not a secret weapon, she’s the biggest public weapon you have. Nigel Farage can’t get [Trump] in front of the Queen.”