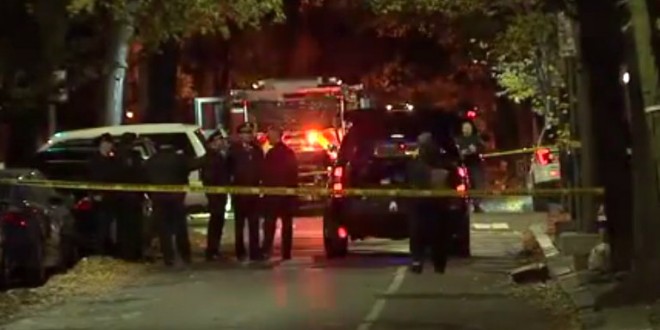 City police are investigating some type of an explosion in Center City that left a man injured on Tuesday morning. Police confirm they were investigating a suspicious package on Pine Street when the explosion occurred, reports CBS Philadelphia. Philly police officials tell CBS News the explosion was caused by some kind of device that the victim activated, and it came in a manila envelope. Police are talking to the victim and his partner and looking at everything, including the possibility of this being a hate crime. Officials tell CBS News they do not believe this is related to terrorism.

Police Commissioner Richard Ross said the victim appeared to be the intended target. Ross said the bomb squad described the explosive as a “victim activated device” that was sent specifically to the 60-year-old man, who triggered it when he opened the package in his home on the 1800 block of Pine Street. Police at the scene put the time of the explosion at around 4 a.m.

The victim apparently thought the package contained his asthma medication, Ross said. A motive was not immediately clear. Neighbors and a law enforcement source identified the victim as Jim Alden, who lives in the front, ground floor apartment in the building. Ross did not know specifically what the explosive was made from, but said it caused injuries to the victim’s face, chest, and hands, and that it could have started a fire inside the building.

The victim, whom Ross did not identify but said worked as a caterer, was reported in stable condition at Jefferson University Hospital. Police believe the package was not sent through the mail because the bar code on it was old, Ross said. “Someone placed it there,” he said. Police believe the package could have been delivered over the weekend, but the victim did not open it until overnight Tuesday, Ross said.

A source said the device had a power source and a loop switch and that there was the smell of sulphur after the explosion. Hours after the explosion, investigators remained at the townhouse, which has a rainbow “Love Trumps Hate” sign in the front window.

Our community is shaken this morning after learning that an explosive device was delivered and detonated at a residence on the 1800 block of Pine Street! The Philadelphia Police Department’s bomb squad, K9 units, and federal authorities are still investigating the scene and ensuring there is no further threat to the community. Our thoughts are with the victim, who is listed in stable condition at Thomas Jefferson University Hospital. My office has been in contact with the appropriate authorities and we will continue to diligently monitor the situation. Previous Trump Fan Kanye West Hospitalized For “Exhaustion” After Bizarre Rant Followed By Tour Cancellation
Next TEXAS: Judge Suspended After Telling New Citizens To Find Another Country If They Don’t Like Trump