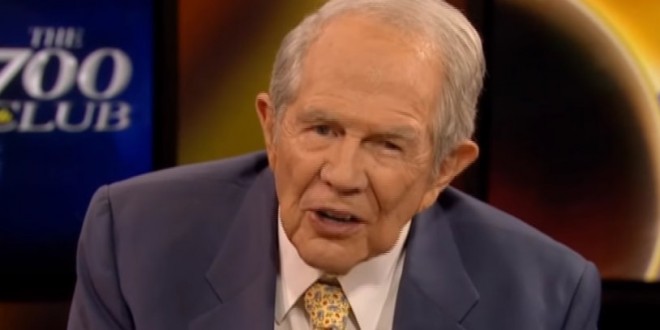 Pat Robertson: If Your House Is Possessed By Demons, Sell It And Let The Buyers Do The Exorcism [VIDEO]

Today on “The 700 Club,” a viewer asked Pat Robertson for advice on behalf of a friend who recently bought a house that she believes is haunted, reporting unusual events such as a shaking bed, mysteriously opened cabinet doors and “an unintelligible electronic voice.”

“Sell!” Robertson advised. “Sell and get out!” Robertson suggested that “demon spirits” may be responsible for bizarre incidents in the house, which the viewer said was the site of two suicides.

“The house is possessed,” he said. While he said the viewer “could get a group of people in there and do an exorcism to get rid of” the demons, he advised her to instead “sell the thing and let somebody else have the problem.”