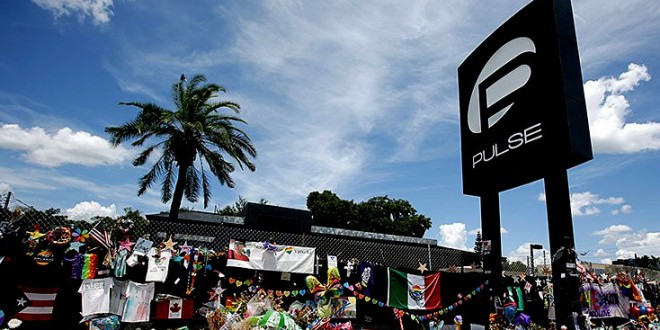 The city of Orlando has reached a deal to buy the Pulse nightclub for $2.25 million and plans to eventually transform the site of the deadliest mass shooting in U.S. history into a memorial. Orlando Mayor Buddy Dyer told the Orlando Sentinel on Monday that the city won’t rush to change the club, once a mainstay in the gay community that has become a gathering place for visiting and local mourners alike. “There are lots of people that are making a visit to the site part of their trip, part of their experience of Orlando, so I think 12 to 18 months of leaving it as-is would be appropriate,” Dyer said.

In the meantime, the city plans to solicit ideas from the community for what form the lasting memorial should take. Dyer said the city hasn’t ruled out leaving part of the club intact permanently, such as the roadside sign featuring its now-iconic logo. The city’s ultimate goal, he said, will be to “create something to honor the memory of the victims that are deceased [and] those that were injured, and a testament to the resilience of our community.”

Barbara Poma opened the bar in 2004, naming it Pulse in honor of her brother John, who died of AIDS in 1991. It was a local landmark in the gay community, often the first bar a gay or lesbian young person would visit in Orlando. Poma was the first to pledge the Pulse site would become a memorial to those lost, in a statement issued through a spokeswoman days after the killings.

The mayor has been an amazing advocate. Orlando is one of three Florida cities to have received a 100% rating in the Human Rights Campaign’s Municipal Equality Index. The others are St. Petersburg and Wilton Manors.

Previous New York Daily News Pleads With America In Final Message: Bar The White House Door To The Grifter
Next NEW YORK: Hundreds Wait In Hour-Long Line To Place “I Voted” Stickers On Grave Of Susan B. Anthony