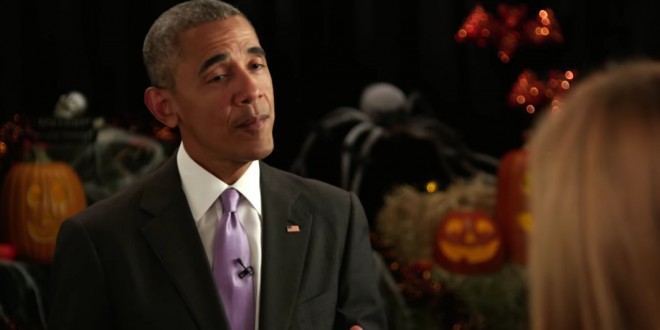 President Barack Obama said Hillary Clinton’s ambition might be questioned if she becomes president, during a Halloween-themed interview aired Monday. “If and when Hillary is president, what do you think will be the female equivalent of ‘you weren’t born in this country?'” Samantha Bee, host of “Full Frontal with Samantha Bee” on TBS (a subsidiary of Time Warner, which also owns CNN), asked Obama.

“That’s an interesting question,” Obama said, later adding, “I think the equivalent will be, ‘She’s tired, she’s moody, she’s being emotional.'” “There’s just something about her?” Bee asked. “There’s something about her. When men are ambitious, it’s just taken for granted. Well of course they should be ambitious,” he said. “When women are ambitious, why? That theme, I think, will continue throughout her presidency and it’s contributed to this notion that somehow, she is hiding something.”