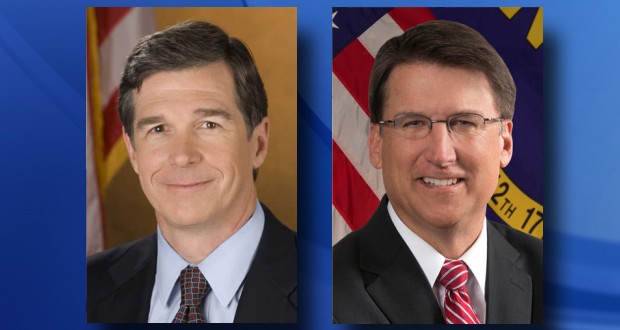 The North Carolina Republican Party has filed an elections board complaint against the Charlotte Observer and others who are planning a public forum about House Bill 2, alleging that the event will serve as an “infomercial” for Democratic gubernatorial candidate Roy Cooper. On Wednesday night, the Observer plans to host a forum on HB2, the controversial law that limits protections to people who are gay or transgender.

The forum, which is sponsored by Charlotte-area marketing firm Red Ventures, is scheduled to include gay and transgender advocates as well as former Republican Charlotte mayor Richard Vinroot and Mitch Kokai of the John Locke Foundation, a conservative think tank. In a complaint filed Tuesday, the state GOP is asking the North Carolina elections board to launch an investigation and force the cancellation of the forum.

Republican Gov. Pat McCrory, who is seeking reelection, has defended HB2. Cooper, however, has called for the law to be repealed, saying it has caused significant economic damage. Red Ventures CEO Ric Elias and his wife, Brenda, have contributed $20,400 to Cooper’s campaign during the 2016 primary and general election cycles, the complaint notes. Elias also gave $1,000 to McCrory. The Observer’s editorial board has endorsed Cooper, in addition to 25 other Democrats and 10 Republicans.

The forum will live-streamed on Facebook starting at 7PM tonight. Heh.