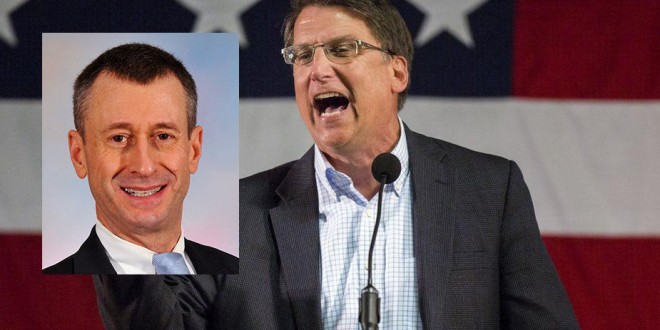 Which brings us to today’s op-ed for the North State Journal. An excerpt:

Let me be clear, I support the re-election of Gov. Pat McCrory, without hesitation. I know there are those who question my support. Fairly. After all, why would an out gay man — even one with a history of GOP activism and employment — support the man who signed House Bill 2?

Make no mistake, I think H.B. 2 is an egregious piece of legislation. It is lawmaking at its worst. I would have counseled against signing. Even now, I struggle to explain his defense of that signature. But, the signing of one piece of bad legislation does not dictate abandoning the candidacy of someone who has real accomplishments. Hanging the blame on Governor McCrory alone is patently unfair – there’s plenty to share.

On his Facebook page, today Gurley is mocking the “Obama hugging Loony Left.”