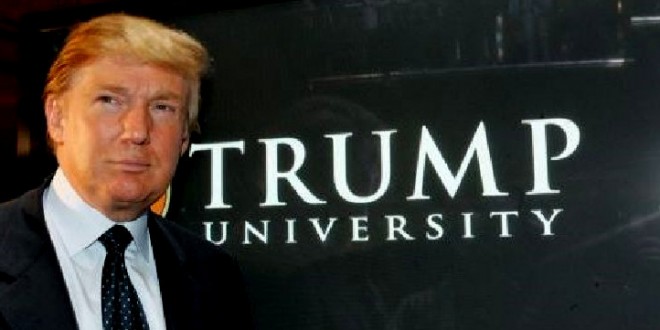 Donald Trump will use no charitable funds to pay off a $25 million settlement of fraud lawsuits against his defunct real estate seminar program, Trump University, an attorney for his business said Monday. Trump agreed Friday to pay the money to former customers of the program, settling two California lawsuits and one filed by New York Attorney General Eric Schneiderman.

On Monday, Alan Garten, general counsel of the Trump Organization, offered the assurance in writing in a letter to Schneiderman’s office, promising that “no part of the funding of my clients’ settlement of the New York Attorney General Action or the California Actions will come from any charitable foundation or other charitable entity.”

In a statement, Schneiderman spokeswoman Amy Spitalnick said the attorney general’s office had demanded the written assurance, “given Mr. Trump’s reported history of using his charity’s money to fund his and his businesses’ legal settlements.”

The Washington Post reported in September that Trump used $258,000 from the Trump Foundation, his personal charity, to help settle two lawsuits involving his businesses. In one instance, Trump Foundation money paid $100,000 to a veterans charity to settle a lawsuit with the town of Palm Beach over a flag at his Mar-a-Lago estate that was so large it violated town ordinances. In another instance, court papers indicated that one of Trump’s golf courses in New York agreed to settle a lawsuit by making a donation to the plaintiff’s chosen charity. A $158,000 donation was then made by the Trump Foundation, tax records show.