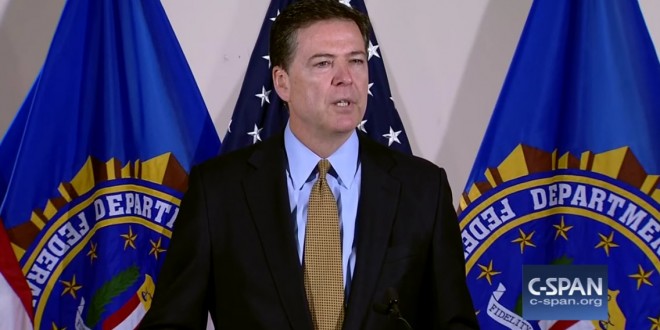 Four days after James Comey, the F.B.I. director, sent Congress a brief, inscrutable, election-shaking letter about emails that may or may not be new or relevant to the previously concluded investigation into Hillary Clinton’s private email server, his logic makes even less sense than it did on Friday.

He said then that he was obligated to update Congress because he had testified in July that the investigation was complete. It now turns out that he knew nothing about the substance of the emails, which were found during a separate investigation of a computer belonging to Anthony Weiner, the estranged husband of Huma Abedin, one of Mrs. Clinton’s closest aides. And he clearly failed to consider the impact of the innuendo he unleashed just days before the election, seemingly more concerned with protecting himself from recrimination by critics in Congress and the F.B.I. In fact, the investigators had not even obtained a warrant to examine the emails when he fired off the letter; they got the warrant over the weekend.

Now, thanks to Mr. Comey’s breathtakingly rash and irresponsible decision, the Justice Department and F.B.I. are scrambling to process hundreds of thousands of emails to determine whether there is anything relevant in them before Nov. 8 — all as the country stands by in suspense. This is not how federal investigations are conducted. In claiming to stand outside politics, Mr. Comey has instead created the hottest political football of the 2016 election.