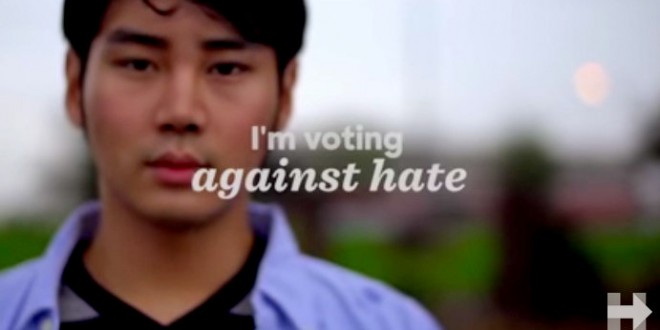 Democratic presidential nominee Hillary Clinton is debuting a new television ad Saturday set to the music of Katy Perry’s hit “Roar,” the latest contribution to her campaign by a pop star. The 60-second spot might be just as notable for where it’s airing: in 11 states that the Clinton campaign now identifies as battlegrounds in the race against Republican Donald Trump.

Those include Arizona, a traditionally Republican state where recent polls have suggested Clinton has a fighting chance. But the list also includes Michigan and Wisconsin, two Democratic-leaning states where Clinton has consistently enjoyed a lead but where Republican Donald Trump is making a late play.

The Democratic ticket has beefed up resources in those states in recent days. Clinton campaigned in Detroit on Friday, and her running mate, Sen. Tim Kaine of Virginia, has several appearances over the weekend scheduled in Wisconsin. The campaign is also considering dispatching Clinton and other high-profile surrogates to Michigan again in coming days.