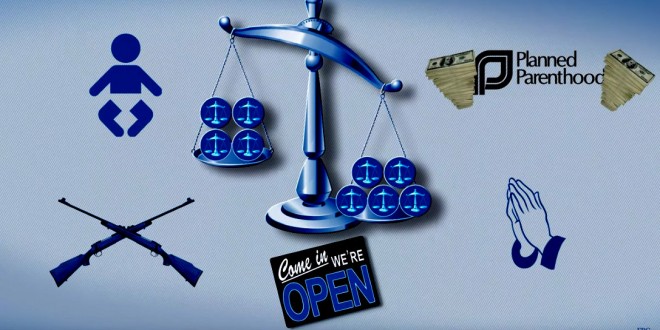 New FRC Ad: Vote Donald Trump Or We Won’t Able To Impose Our Religion On Others Anymore [VIDEO]

A presidential term doesn’t last a lifetime — but their Supreme Court picks do! So when voters head to the polls next Tuesday (or before), they’re not just voting for Donald Trump or Hillary Clinton — they’re voting for at least one, and maybe as many as three or four, high court justices.

And as Americans know all too well, those justices hold the keys to everything from health care, gun rights, abortion, religious liberty, and an endless list of issues critical to the future of our country. To help emphasize the significance of the Court — and the president filling it — FRC Action launched a new ad called “In the Balance.”

If you or someone you know is on the fence about the election, please take the time to watch and share this powerful video! Even a single justice can have a profound impact on the country. We saw just how profound last year in the 5-4 ruling on marriage. So when you’re comparing candidates, look carefully. Chances are, they’ll be judging the values you care about.

At this writing the ad has 255K views on Facebook.