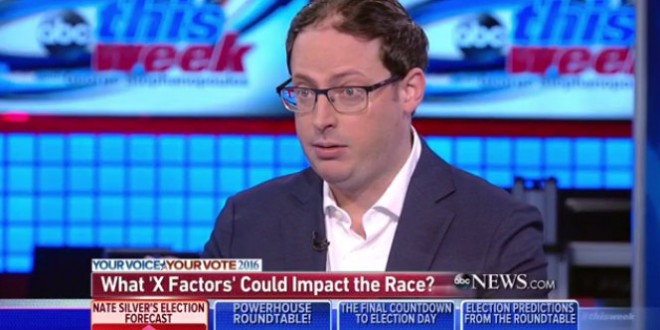 Nate Silver: Hillary Is Probably Going To Win But She’s One State Away From Losing Electoral College [VIDEO]

Hillary Clinton is one state away from losing the presidential election, FiveThirtyEight’s Nate Silver said Sunday. While the Democratic presidential nominee has a 65.7 percent chance of winning the presidency on Tuesday, she is not “in a terribly safe position,” the pollster said on ABC’s “This Week.”

“The electoral map is actually less solid for Clinton than it was for Obama four years ago,” Silver said. “Clinton has about 270, so she’s one state away from losing the Electoral College,” he said. “You would rather be in her shoes than [Republican nominee] Donald Trump, but she’s not in a terribly safe position.”