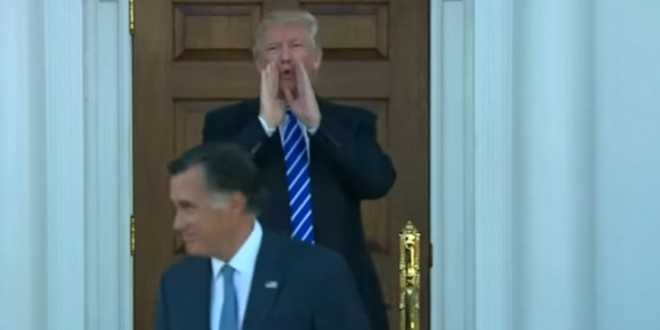 Donald Trump met with Mitt Romney, once a fierce critic of the president-elect who is now being floated as a potential pick for secretary of state, on Saturday afternoon, setting aside the friction between the two men and signaling a willingness by Trump to entertain different points of view on foreign policy.

Romney appeared to warmly shake hands with Trump, each man gripping the arm of the other, as he arrived at Trump’s New Jersey golf course. The two exchanged pleasantries, with Trump placing his hand on Romney’s back, and disappeared behind a large brown door with Vice President-elect Mike Pence.

After the meeting, which lasted for more than an hour, Romney said the men had a “very thorough and in-depth discussion” regarding “the various theaters in the world where there are interests of the United States of real significance.” Romney said that he and Trump exchanged views and that he looks forward to the new administration. Trump said of the meeting: “It went great.”