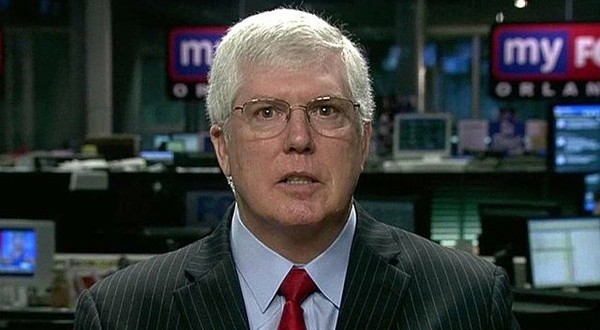 On today’s “Faith and Freedom” radio broadcast, Liberty Counsel’s Mat Staver likened the state of Georgia to Nazi Germany, claiming that Christians in the state are coming under satanic attack. Staver was discussing the cases of Kelvin Cochran, who was fired from his position as fire chief in Atlanta for distributing to employees a self-published book he had written that included attacks on homosexuality, and Eric Walsh, a lay minister who is suing the Georgia Department of Public Health for religious discrimination, claiming that he was fired after government officials reviewed sermons he had delivered about homosexuality and evolution in church.

“I don’t want to compare this to Nazi Germany,” Staver said, before he proceeded to do precisely that: “But I can tell you that in Nazi Germany, what did they do to that Jews? They eliminated them from the academic institutions, you couldn’t teach. If you were employed in the public, you had to leave the public employment. Then they started putting stars on their businesses and their homes, Stars of David. They wanted to eliminate them because they were Jewish, not because of anything they did but because of who they were, they wanted to eliminate them from the public employment.”

For those unaware, Cochran was fired by Atlanta’s mayor when he defied orders not to make public statements after being suspended for proselytizing at the workplace and forcing his anti-gay book on his employees. Cochran immediately launched a martyr tour of speaking appearances at churches across the south.