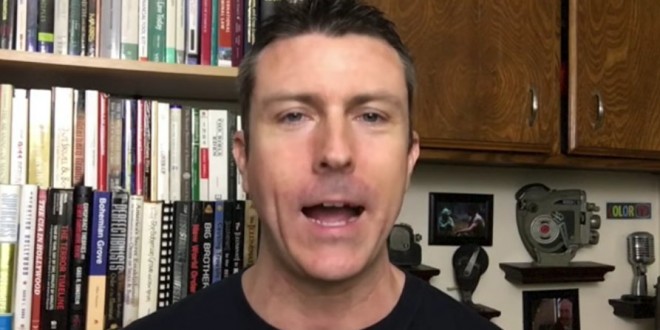 Regular InfoWars guest and insane conspiracy theorist Mark Dice has gone with viral with a YouTube clip in which he claims (with utterly no proof, of course) that Starbucks is trying to silence him by buying the rights to a 2015 video in which he denounces them for hating White Jesus. The pro-Trump Nazi site Daily Stormer plays right along:

Jew Starbucks contacted Mark Dice to try and get him to remove a video complaining about the fact that Starbucks is refusing to endorse Christmas (specifically they are doing that in America – in Eastern Europe, where people don’t tolerate this nonsense, they have continued to print “Merry Christmas” on cups and release “Christmas Blend” coffee, proving that Jews can only Jew you to the extent that you’re willing to tolerate it). Dice of course refused their offer.

The fact that Starbucks is trying to bury the fact that they attacked Christmas last year is evidence that they are aware that the tides have turned – that society is once again going in the correct direction. A pro-White, pro-Christian, pro-civilization, pro-heritage direction.

Really shows the nerve of these kikes – “oh yes, goyim, your thousands year old celebration – we have to cancel it because it offends immigrants and other people who hate your society and civilization but live in it to get money from you.”

We’re going to be doing a big pro-Christmas thing this year here at Daily Stormer. We’re going to endorse only companies that say Merry Christmas, and boycott any faggots who refuse.

The clip below has nearly 400K views at this writing. Dice has over 700K YouTube subscribers.