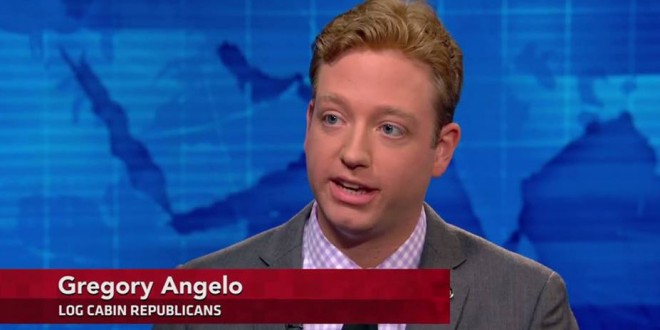 Log Cabin Republicans: Send Us Money To Help Save The LGBT Advances Won Under President Obama

It’s been a whirlwind couple of days, but I didn’t want to wait another minute to share this important news: For the past three weeks, I’ve been in regular communication with the Trump Transition Team, the group tasked with organizing personnel and policy for our president-elect.

While Log Cabin Republicans was working to have a relationship with our nation’s incoming chief executive, the LGBT Left was busy demonizing Donald Trump and fundraising off of bogeymen.

I can’t say it’s surprising — what else can they do now? After working for decades against Republicans rather than with them and putting all their faith into the failed candidacy of Hillary Clinton, purportedly “non-partisan” LGBT advocacy groups now face GOP majorities in the House and Senate, and a Republican in the White House for the next 4 — or perhaps even EIGHT — years.

That’s why the work of Log Cabin Republicans is so important. In fact, it’s more important than it’s ever been. Collectively, LGBT advocacy organizations on the Left have staff in the hundreds. Budgets in the millions. And yet, they don’t have a single point of contact in the incoming Trump administration. Log Cabin Republicans does.

Think about that. While LGBT liberals were breathlessly lamenting this fact to the New York Times, Log Cabin Republicans was quietly working behind-the-scenes to ensure the advances in LGBT freedom we have made thus far remain secure and continue in a Trump administration.

No one else is doing this. That’s why your support is needed so much right now. Please give now and give generously — $250, $100, $50, or whatever you can give will make a difference when it matters most.

And if you’re not a member (or if your membership has lapsed) now is the time to “come back to the Cabin”! Join or renew your membership at this link right now. Log Cabin Republicans will continue to work for full equality on behalf of all LGBT Americans. That’s my vow, and it’s why I’m writing to you tonight.

Previous Giorgio Moroder – Good For Me [AUDIO]
Next 2.2 Million Sign Change.Org Petition Calling For The Electoral College’s Electors To Vote For Hillary Clinton