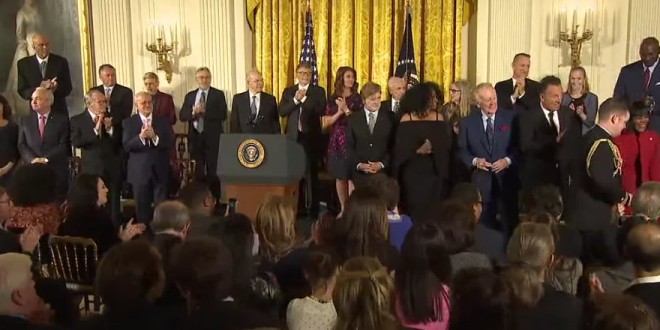 For the last time during his tenure in office, President Obama will bestow the Medal of Freedom, the nation’s highest civilian honor, on a distinguished array of American icons on Tuesday. The medal, which has existed in some form since the Truman administration, has been given at Obama’s discretion more than any other president, and according to the Washington Post, he has honored women and people of color at a rate higher than any of his predecessors.

They haven’t let me in to the White House yet because I forgot my ID. #NotJoking#PresidentialMedalOfFreedom pic.twitter.com/sHocwqChKV