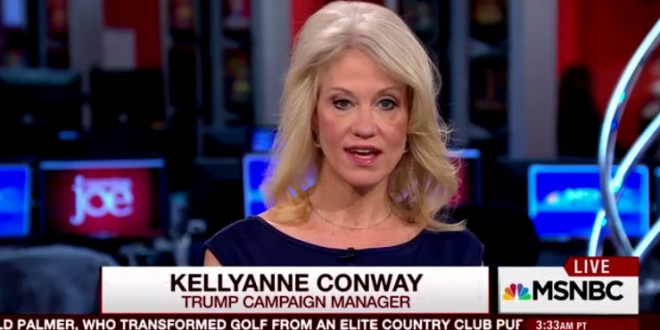 President-elect Donald Trump’s campaign manager Kellyanne Conway suggested Thursday that she has been offered a job in her boss’ administration.

“False. Could it be those “sources” want the WH job I’ve been offered?” she wrote on twitter responding to New York Magazine’s Gabriel Sherman tweeting that sources say she is reluctant to take a job in the upcoming Trump administration.

Conway embedded Sherman’s tweet in hers. It read, “Two sources say @KellyannePolls is saying privately she’s reluctant to take administration job b/c she wants to keep running her business.”