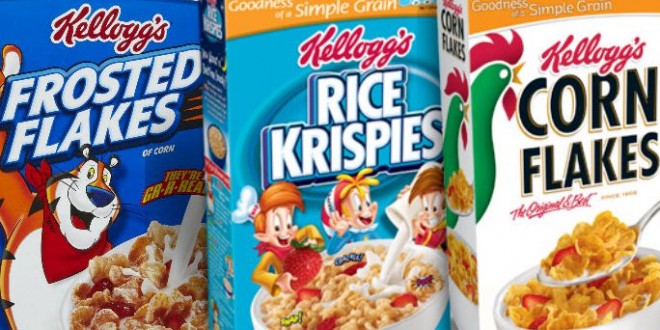 Kellogg Co. is pulling its ads from the website Breitbart News, the right-wing news organization whose former chairman Steve Bannon was tapped as a top adviser to President-elect Donald Trump. Brands that advertise on Breitbart have drawn flak in recent weeks, with activists saying the website espouses racist and anti-Semitic views. A screen shot showing an advertisement for Kellogg’s Frosted Mini Wheats was part of an online campaign to get marketers to abandon the site.

“We regularly work with our media-buying partners to ensure our ads do not appear on sites that aren’t aligned with our values as a company,” said Kris Charles, a spokeswoman for Kellogg, which also makes Frosted Flakes and Special K cereal. “We recently reviewed the list of sites where our ads can be placed and decided to discontinue advertising on Breitbart.com. We are working to remove our ads from that site.”

Last week a major digital ad service blocked all of its clients from Breitbart for the same reasons. Kellogg’s appears to be the first brand to make the move on its own.

Previous Sean Hannity: Trump Should Ban Press From The White House And Just Have His People Tweet The News
Next TRUMP KISS-UP: Sen. Joe Manchin Threatens To “Beat The Hell Out Of” Anybody He Sees Burning The Flag