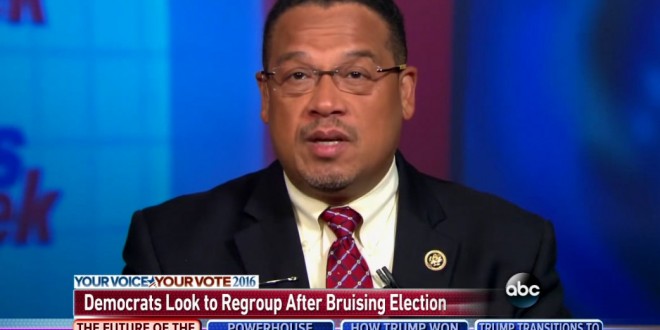 The Minnesota congressman had been laying the groundwork to run for DNC chairman even before the deep losses Democrats suffered on Election Day. In recent days, his efforts have begun to come into public view. Ellison, who played a prominent role in Sen. Bernie Sanders presidential campaign, has already been endorsed for chairman by Sanders and Sens. Chuck Schumer and Harry Reid, as well as Rep. Raul Grijalva, co-chairman of the Congressional Progressive Caucus. Sen. Elizabeth Warren also said.

Former Vermont Gov. Howard Dean has already announced that he’s running for DNC chairman and the field of candidates is likely to expand. Last week, Dean argued that Ellison couldn’t adequately serve as both DNC chairman and as a member of Congress. “You cannot do this job and sit in a political office at the same time. It’s not possible,” Dean said in an interview on MSNBC. That view is shared by critics of Rep. Debbie Wasserman Schultz’s tenure as DNC chairwoman. But Ellison’s supporters insist that the Minnesota congressman can juggle both jobs.

Ellison was the first Muslim ever elected to Congress. Get ready for the usual meltdowns if he gets the job.