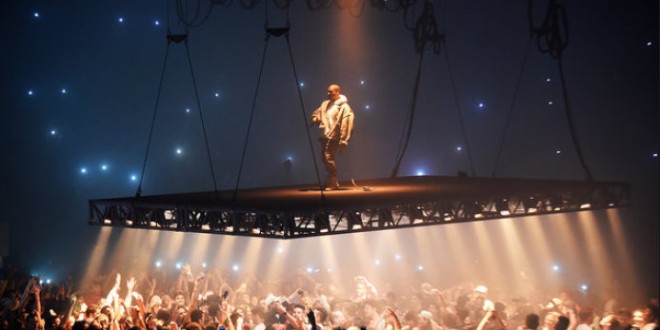 Kanye West Tells Concertgoers: America Is Racist And If I Had Voted It Would Have Been For Trump [VIDEO]

At a concert in San Jose during his Saint Pablo tour, Kanye West opened up about the 2016 election in typical style. According to videos and tweets from the night, West told fans —in no particular order — that if he’d voted he would have voted for Donald Trump; that Trump’s approach to campaigning was “absolutely genius because it fucking worked”; that black people need to stop “being distracted” by racism and accept that the US is a racist country; and that he himself is still planning to run for president in 2020. West seems to have peppered these comments and more throughout the entire night, with concertgoers reporting that he repeatedly stopped songs, sometimes to go on longer rants, and sometimes just to make a single comment.