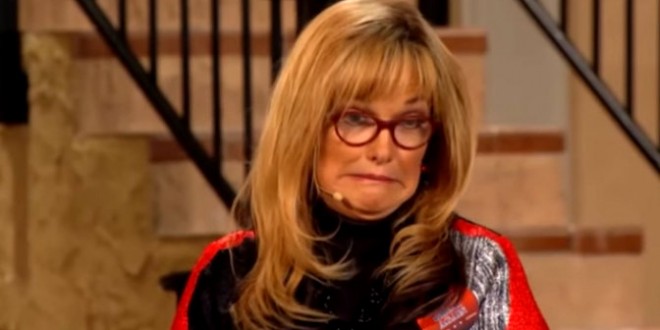 Jim Bakker Guest: God Has Told Me Trump Will Win Because He Always Tells His Prophets First [VIDEO]

Mary Colbert assured Bakker that God told her that Trump will win the election, but he will face several cataclysmic events as the new president: “God doesn’t do anything without telling his prophets first, that’s the way it is. He tells them so that they can tell. And this is what he said to me. He said, ‘Mary, Donald Trump is going to be your next president, but if you think your problems are over, they will have just begun.’”

Despite hearing from God that Trump “is gonna be elected,” she also warned that if Hillary Clinton wins, “we’re gone, we’re sunk; it’s judgment.” She cited a divinely-inspired message from Mark Taylor, another self-proclaimed prophet who also said that God assured him of a Trump victory, that “when he is elected,” two stars will fall “from heaven,” which she interpreted to mean that two atomic bombs will go off, likely simultaneous strikes from North Korea and Iran. Bakker offered a more vague warning: “Something’s coming!”